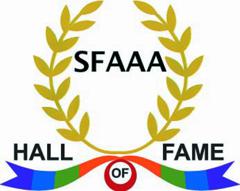 In the early 1990's, as South Florida was just beginning to feel the swells of its new found popularity for both visitor and resident alike, attempts began to organize a league where new and emerging transplanted players could rekindle their passions for the softball diamond in their new surroundings. Under the direction of George Kessinger, Jim Stork and the late Bob Hagen, the South Florida Softball League (SFSL) would become a reality. In 1995, seeking to broaden its participation on a national level, South Florida Softball League  petitioned to join and was accepted into the North American Gay Amateur Athletic Alliance (NAGAAA). Since then, it has been an active member of North American Gay Amateur Athletic Alliance. Aside from regulating rules of play, North American Gay Amateur Athletic Alliance also annually coordinates the Gay Softball World Series throughout the United States and Canada. Modest at first in its size, the South Florida Softball League  would swell to sixteen open division teams across three competition levels of play within three years. In 1999, a women’s division was added which would soon surpass its open division counterpart in the short years of its existence. With the new division came a need for restructuring and the creation of its current organization and name, the South Florida Amateur Athletic Association (SFAAA).

Throughout its history, the local organization has been a staple as well on the national gay softball scene. Since 1996, the region has hosted annually the Hurricane Showdown Softball Tournament. Held each year at Thanksgiving, participation has climbed to well over sixty teams from all over the continent.

Further adding to its reputation as a dynamic venue for softball enthusiasts, Fort Lauderdale played host in August 2006 to the Gay Softball World Series and the over hundred and fifty teams who participated from around North America.

Two seasons of play, fall and spring, are held each year with the spring season being the North American Gay Amateur Athletic Alliance qualifying season. With over forty teams and five hundred members, the South Florida Amateur Athletic Association continues its rich tradition of being a vital part of the gay community in South Florida